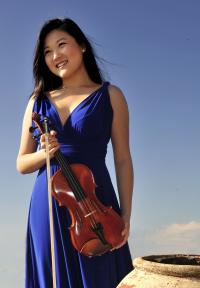 Emily has participated in international festivals such as Keshet Eilon International Mastercourse in Israel, Académie Musicale de Villecroze in France, and the Young Artists Program in Canada, working in masterclass with Ivry Gitlis, Pinchas Zukerman, Pierre Amoyal, Augustin Dumay and Maxim Vengerov. She studied at the Sydney Conservatorium of Music with Dr Robin Wilson and graduated Bachelor of Music and Masters of Music with First Class Honours from the Royal College of Music London, studying with Itzhak Rashkovsky.

She was awarded the Gold Medal of the 2016 Royal Overseas League Music Competition UK, the first violinist to win the award since 1981.